As winter slowly comes to an end, so begins our hiking season.  We began our year strong with the beautiful, and somewhat monstrous, Sobaeksan, located on the borders of Chungcheongbuk-do, Gyeongsanbuk-do, and Gangwan-do.  With the parks highest mountain, Birobong, rising to 1,439m, this park offers stunning views and a number of trails to chose from.  Even though our legs were aching by the end, Sobaeksan ranks high among our favorite parks.

We started our journey by taking a late bus from Dong Seoul to Yeongju on a Friday night.  Luckily, buses run to Yeongju until 9:45 pm, since we both have to work nights.  We arrived at the small, seemingly deserted town around midnight and found a hotel a short walk from the bus terminal.  There weren’t many to choose from, but the hotel we stayed at, E-Motel, was run by a very nice elderly couple.  When we asked about the bus to Sobaeksan, the man quickly dressed and walked with Don to show him where to go.

The next morning we woke up early, hoping to catch the 8:25am bus to the park.  The bus stop for bus 26 was around the corner from the terminal (right out of the terminal, left at the three-way intersection a short walk away), and the bus arrived a few minutes after 8:25 am.  The bus ride took 30-40 minutes, and we got off at the last stop, following our fellow hikers to the trail head. 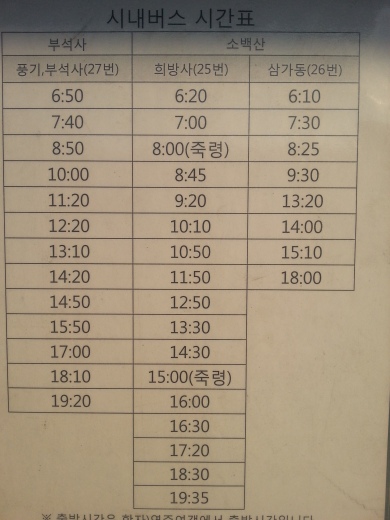 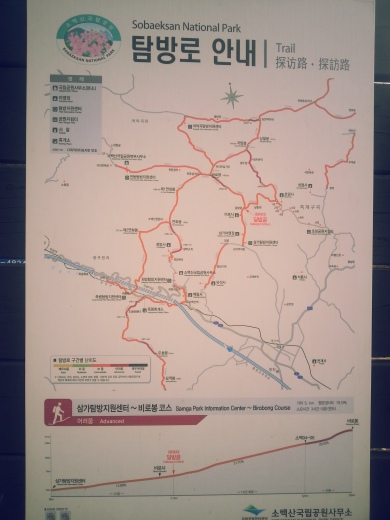 Don and I both agreed that the walk to the trailhead was the most difficult part of the entire mountain.  In order to get the trail, we walked along a road for about 2 km with an incline that was just steep enough to really tire us out.  We were exhausted by the time we reached the trail, but once we got to it, we found more energy.  Something about walking up a road just doesn’t feel right, but once we got on the trail it really felt like we were hiking up a mountain, which renewed our spirits.

The entire hike up to the mountain is 5.7 km with a steady rise in altitude (unlike  the monstrous Chiaksan that just rises straight into the air for 2 km). The trail is almost entirely forested with rocks guiding hikers up the mountain.  We were concerned about ice and snow, but on the way up, the trail was mostly clear.  As we continued along the trail, we could see the peak soaring above us.  Although it seemed to be a long way up, the hike was not too difficult.  We allowed ourselves plenty of breaks and took it slow, enjoying the nature along the way.  Once we got closer to the top, the trail became icy and snowy, so we strapped on our cramp-ons (shoe spikes).  If you plan on hiking in the spring or fall, I highly recommend buying a pair.  They make walking on ice infinitely easier. 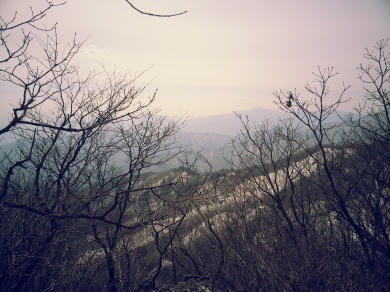 The view at the top was amazing, offering a view of the surrounding mountain range.  The peak has no trees, so you can get a 360 view.  The only problem was the biting wind.  It was so cold on the top that we snapped a few pictures and decided to start our descent almost immediately. 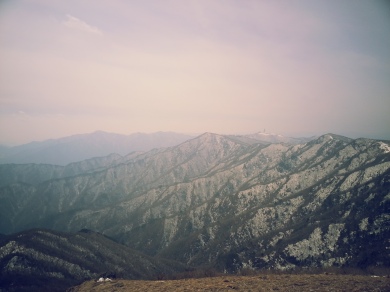 We chose to take a different trail on the way down and headed towards Eoiaguk since we were planning to stay in Danyang after the hike.  This trail was a bit shorter (4.6km), but it was almost entirely covered in snow.  Our cramp-ons once again came in handy, making the hike quite easy.  The trail down was our favorite part of the hike.  The small, snowy trail took us through birch forests, along ridges, and allowed us to enjoy the beauty of a mountain covered in snow. Upon arriving at the end of the trail, we discovered that we missed a bus to Danyang by about 10 minutes.  Luckily, there was a park ranger who kindly called a cab for us.  Our speed-demon of a cab driver whipped us around the mountain roads back to the Danyang Bus Terminal for about 15,000 won. 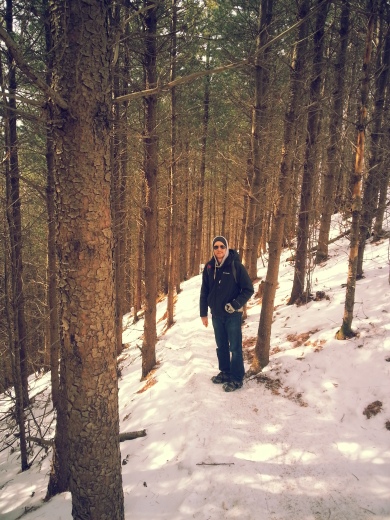 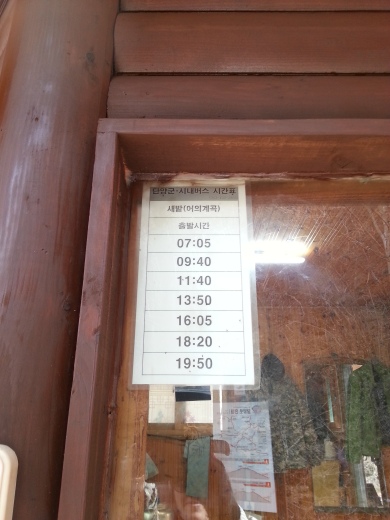 Bus times from Eoiaguk to Danyang

Sobaeksan, with its many trail options, moderate incline, and unique scenery, makes it a top choice for weekend hikers.  We truly enjoyed this hike, and now have the confidence to conquer the remaining 11 national parks on our quest to discover all that Korea’s national park system has to offer.

Buses to Yeongju leave regularly from Dong Seoul Bus Terminal just north of the Han River on the green subway line. The last bus of the night leaves at 9:45. Starting from the front of the Yeongju Bus terminal head right and take an almost immediate left at the first three-way intersection. Look for a bus stop on the left side of the street. A number of buses from here will take you to points within Sobaeksan, but to follow our footsteps take bus 26 to the last stop (30-40 minutes). Although it will not appear to be the entrance to a national park, nor the start of a trail, it is. Just keep walking. Trail signs are located at regular intervals and will give you extra assurance that you are indeed heading somewhere. Good luck.